After the protests in June 2020 that followed the murder of George Floyd, a national reckoning with racial justice has dominated conversations in governments, workplaces, schools, neighborhoods and homes alike. As part of that reckoning, America as a whole is asking itself: how do we better support, celebrate and uplift African Americans and African American culture? One way: making Juneteenth a recognized holiday.

Juneteenth – also known as Freedom Day, Jubilee Day, Liberation Day, and Emancipation Day – is a holiday celebrating the emancipation of those who had been enslaved in the United States. It’s an occasion that’s been long celebrated in African American communities, but now attention is being brought to the holiday at the national, state and local level.

Legislation was unanimously approved by the Illinois House and the state Senate to make June 19th a paid holiday off for all state employees, as well as a school holiday. The legislation states that if June 19th falls on a Saturday or Sunday, the holiday will be observed on the following Monday. After J.B. Pritzker officially signed off on the bill on June 16th, it became official. Juneteenth is an official state holiday in Illinois, beginning on January 1, 2022. Unfortunately, Juneteenth falls on a Sunday in 2022, and the holiday will have its first chance to be formally recognized in 2023 as a paid day off for state employees as well as a holiday off from school.

The Illinois bill was first sponsored by Representative La Shawn Ford. He’s also sponsored similar legislation in the past, but told the Chicago Tribune, there “wasn’t an appetite” for passing the legislation previously. He then told the Tribune that all changed after the murder of George Floyd by a white police officer in Minnesota, saying, “Now, post-George Floyd, this is the time,” Ford said. “Some would say this is an African American holiday, but it’s an American holiday.”

Illinois isn’t the only one taking action. On Tuesday night (June 15th), The Senate unanimously passed a resolution on Tuesday establishing June 19 as Juneteenth National Independence Day, a US holiday commemorating the end of slavery in the United States.

The recognition of Juneteenth was a long time coming and hopefully marks a turning point in how the United States – on local, state, and national levels – begins to reckon with its history and present, and create a better future for all.

From Sage Collective to you and yours, Happy Juneteenth! 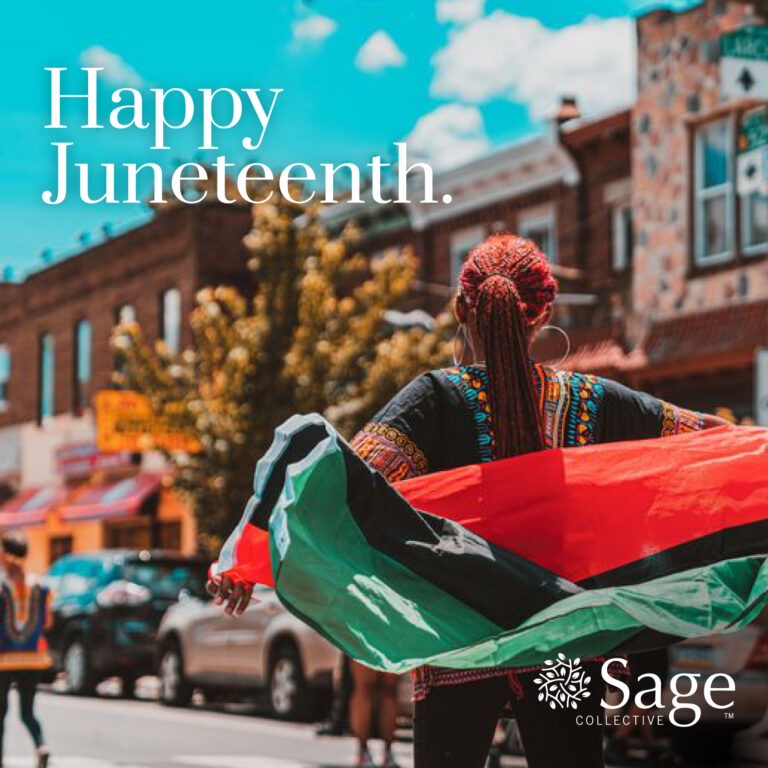