A Brief History of The Chicago Bee

The promotion of Bronzeville’s rich history is something we continuously advocate for and give voice to at Sage Collective. That’s why today, we’re spreading the word about The Chicago Bee, a local paper that dominated the press for decades while distinguishing itself by its promotion of Black history.

The Chicago Bee, often referred to as Chicago Sunday Bee, was founded by Anthony Overton in 1925. Overton was a successful banker and manufacturer, and the first African American to lead a major conglomerate (Overton Hygienic Company, which was a cosmetics business). After its founding, the Bee moved into the now-famous Art Deco building located at 3647-55 S. State St., which is now on the U.S. National Register of Historic Places and recognized as a Chicago Landmark.

The Bee’s staff included many esteemed members of Chicago’s community of writers and journalists at the time. Chandler Owen, a talented writer, became editor of the Bee after moving to Chicago in the 1920s and worked with other savvy editors including Ida B. Wells and Olive Diggs. During the World War II years, when men were in active military duty, the majority of the writing staff were women, which allowed them unprecedented autonomy and opportunity for advancement.

The Bee covered a wide range of issues of the day. It was the first newspaper to support the efforts of the Brotherhood of Sleeping Car Porters, the nation’s first all-Black labor union created during conflicts at The Pullman Company. It also supported and covered the Black women’s club movement, and gained distinction from other newspapers in the Chicago press in their publicity of Black history and literature.

Following Overton’s passing in 1946, the Bee was briefly run by his two sons but ceased operation in 1947. Even though very little of the historic newspaper has survived today, it is still recognized as one of the most influential and acclaimed papers of the 20th century. 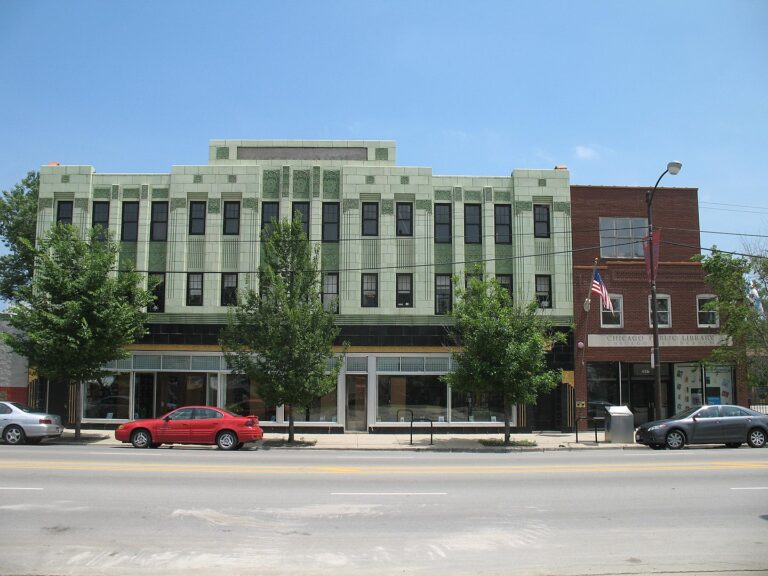 The Chicago Bee Building
› Back to top